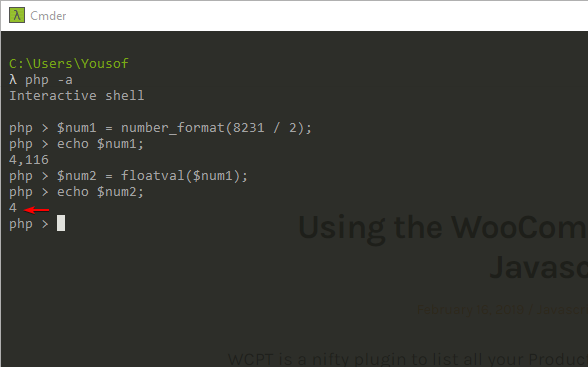 This is probably not a matter many will come across in their work. But I almost tore my beards off recently.

The problem: there were a bunch of currency amounts being parsed by number_format() and I needed to parse them back to 2 decimal floats. However, this happened:

number_format() returns a string. That string has a thousands seperator and a decimal seperator.

floatval() or (float) thinks that the first comma in 4,116 is the decimal separator and just returns the very first number instead (or that’s how I understood it).

In your number_format() do this instead:

This site uses Akismet to reduce spam. Learn how your comment data is processed.